The Lockheed Super Constellation is considered the finest propeller plane ever built.This transatlantic airplane was the largest, most comfortable and fastest of its time. Among the few Super Constellation aircrafts that still exist around the world, the HB-RSC is currently the only one that is operable and authorized to carry passengers.

Everything started with a phone call in April 2013. For a long time Maurice O. Troesch (SCFA member) had been dreaming about producing a movie with the Super Constellation HB-RSC. He discovered aviation videos on the Yannick Barthe Films website and asked him to be the filmmaker of the forthcoming “Super Constellation” short film. One week later, a first meeting with Ernst Frei (Director of Operations and Captain) was organized. The movie project was born.

Filming the Super Constellation was a challenging project. The flights are limited and already planned at the beginning of the year. If the weather was bad during the flying days we had to work with poor light and rain. In the worst case the flight was even cancelled. 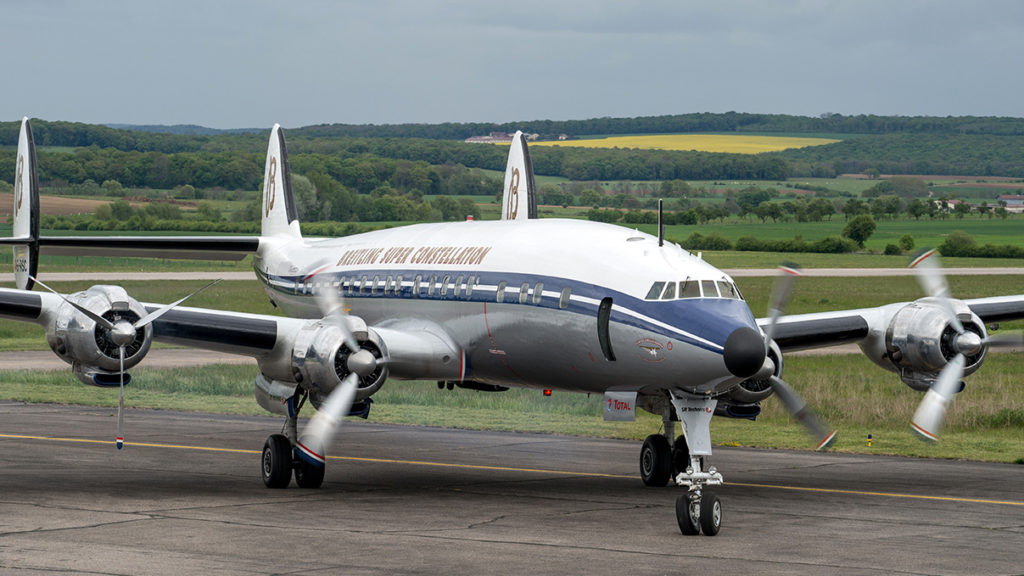 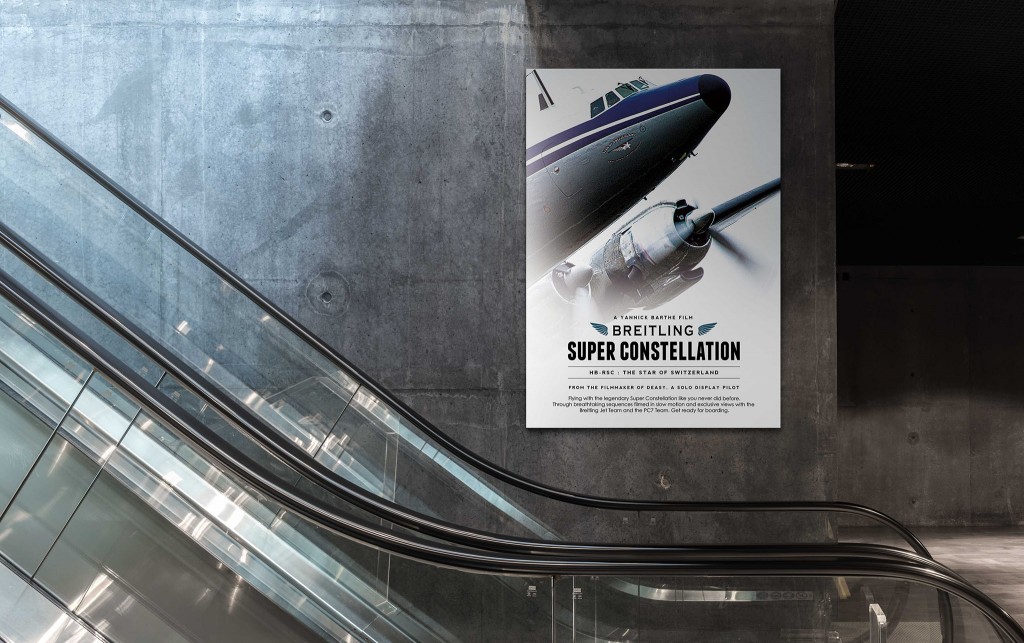 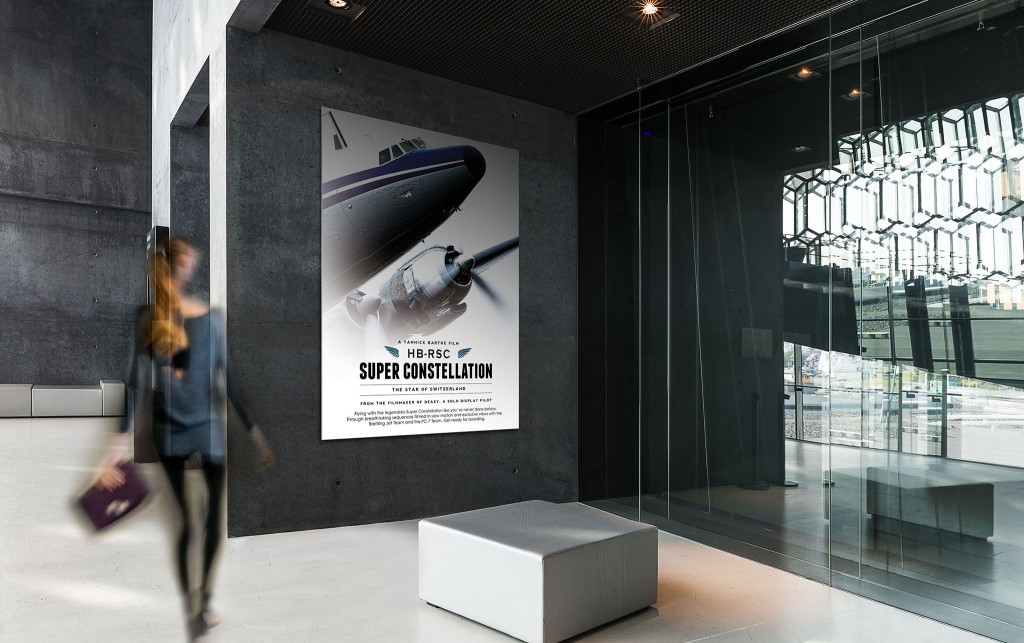 Designed and built by the Lockheed Aircraft Corporation to the specification of the legendary Howard Hughes, the Constellation, the world’s first commercially successful pressurized airliner, heralded a new post-war era of safe, comfortable and fast transatlantic air travel. This graceful looking aircraft with its long sinuous fuselage – curving downward at the nose and upward at the rear to its distinctive tripletail – became synonymous with the halcyon days of the big propliners and is still widely regarded with awe and affection.

In total, 856 Constellations were built, ranging from the first C-69 variant to the magnificent L-1649 Starliner. Sadly, 55 years after the first aircraft flew, only a handful remains airworthy as a vibrant reminder of perhaps the most beautiful propliner of them all. 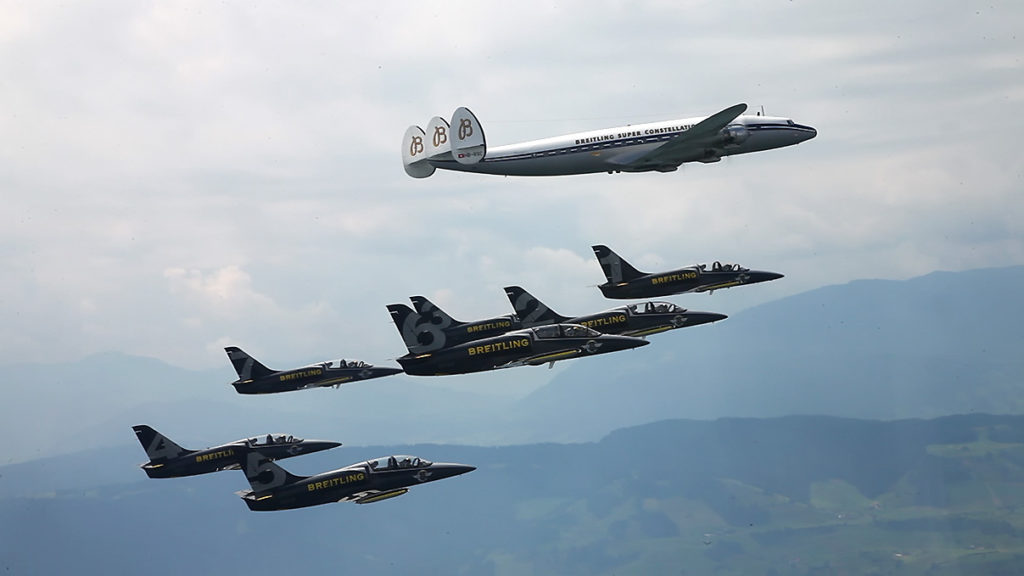 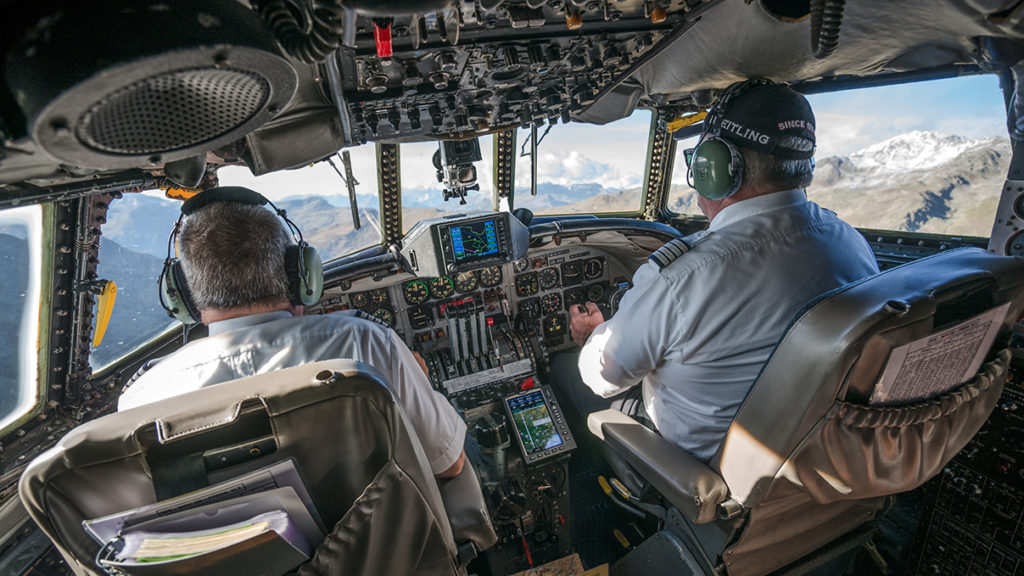 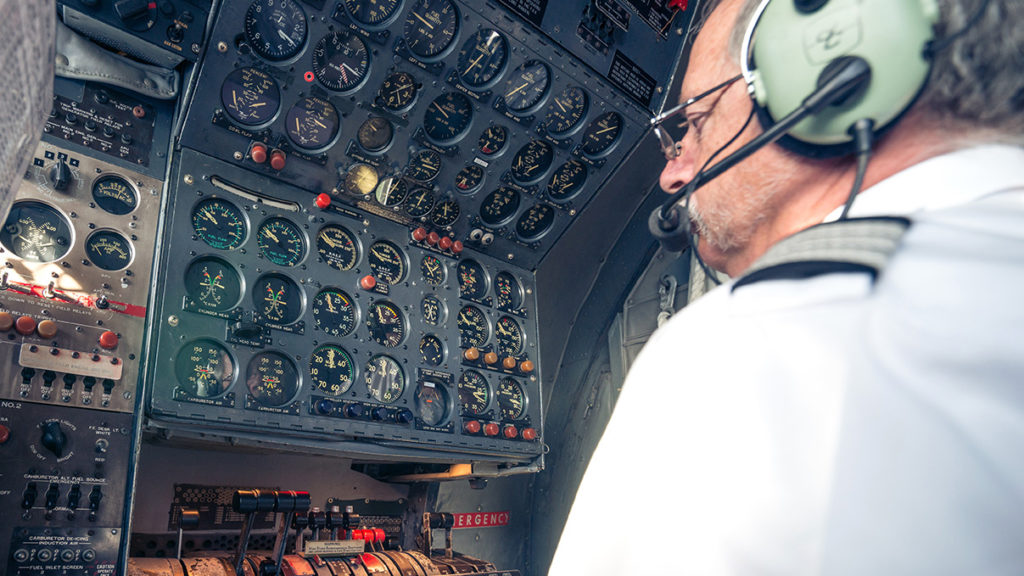 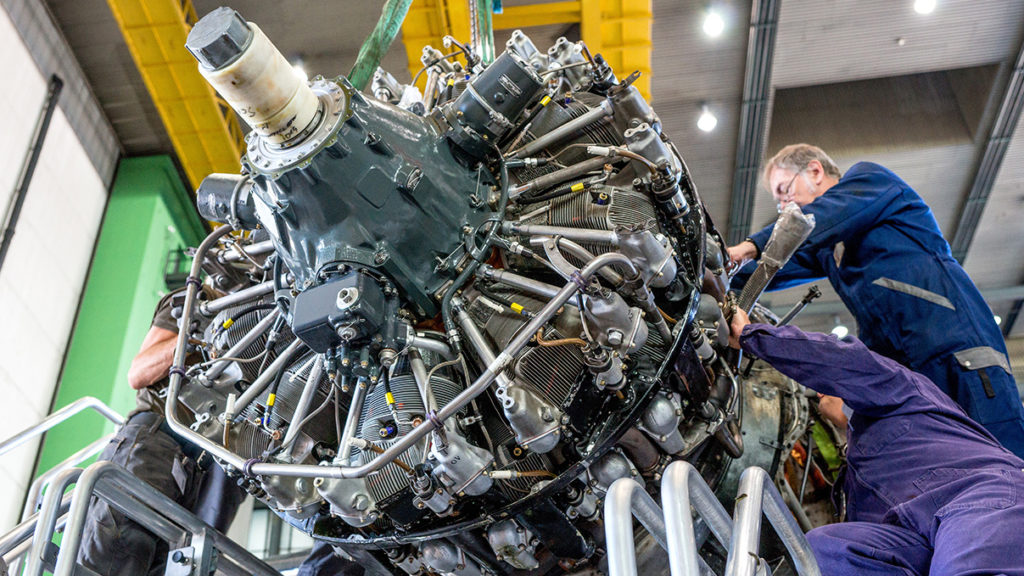 As most of you will know, the Lockheed L-1049 Super Constellation has become an almost extinct species in today’s skies that are full of oder strewn with Boeings and Airbuses. The Super Constellation, like no other passenger aircraft, epitomizes the era of the 50’s when big piston engined aircrafts still reigned the sky and up to the present day the Super Constellation remains unparalleled for its elegance and shapeliness. At one point it was even dubbed “Queen of the Atlantic” when more Constellations crossed the big water between North America and Europe than any other aircraft.

For some time now, nostalgic airplanes like the legendary Douglas DC-3, the DC-4 and even the DC-6 have been re-appearing on many European airports and countless admirers, young and old, have cherished the resurrection of these big propliners. However, not a single Super Constellation has cruised the European skies for more than 25 years! The project of the SCFA now offers the unique chance that this beautiful and elegant airliner can be seen anew in Europe and that the roar of its four Wright-Cyclone R-3350s will again reverberate in the vicinity of many an airport small or big. 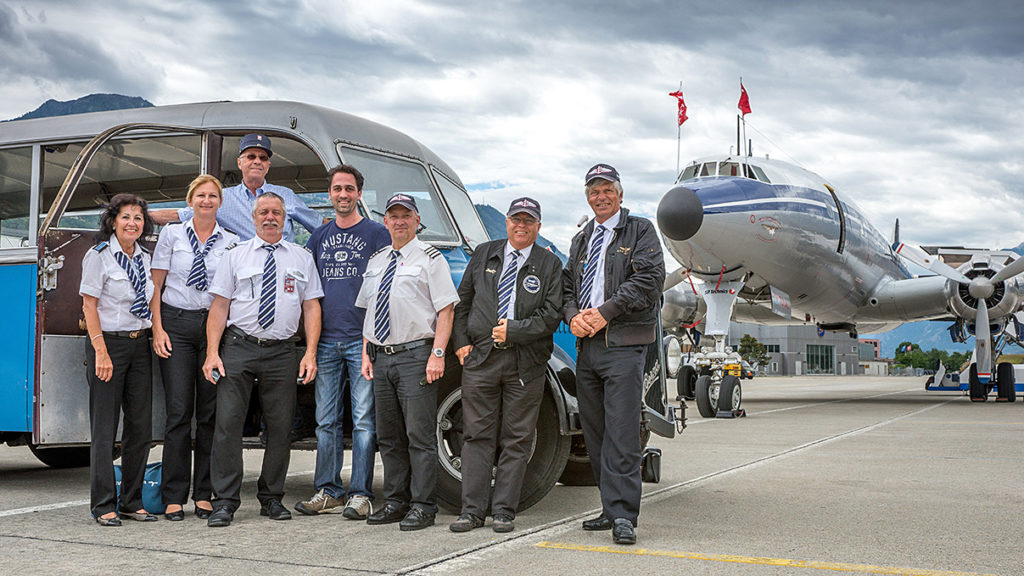 The history from the project to bring a Super Constellation to Europe : Francisco Agullo (Chief Pilot SCFA) was the initiator of the project. The HI-583CT in the Dominican Republic was the only and last airworthy Super Constellation commercially registered in the world. But she needed some repairs and a full systems check. A FAA certified engineer and Constellation specialist supervised the 2 months maintenance in Santo Domingo. Still in Santo Domingo, the necessary paper work for her registration in the US register was completed and the aircraft received the new registration N105CF. On November 7, 2000 the Constellation was flown to Opa Locka (Miami, USA) under the new registration.

In Florida the maintenance work continued until the beginning of January 2001, when the Super Constellation departed for her ferry flight to Marana Northwest Regional Airport in Avra Valley, Arizona. Here the actual restoration and the preparation work for the next ferry flight to Basel were carried out.

The restoration and maintenance work began with the help of the MATS Connie team and the association’s volunteers. Despite the hard work, N105CF did not receive the “Standard airworthiness certificate” which is necessary to carry passengers. The decision was taken to stop all work on the Connie and to look for an alternative which would allow the Connie project to continue.

In spring 2003, after negotiations with the owner of the “Camarillo Connie”, an agreement was found for the lease/purchase of the N73544 (one of the last 4 Connies worldwide still flying). The ferry flight took place at the end of April/beginning of May 2004 and was carried out in 6 legs from Camarillo, CA to Basel, Switzerland. Since then the Super Constellation has visited various airshows in Switzerland and abroad, much to the delight of thousands of people. 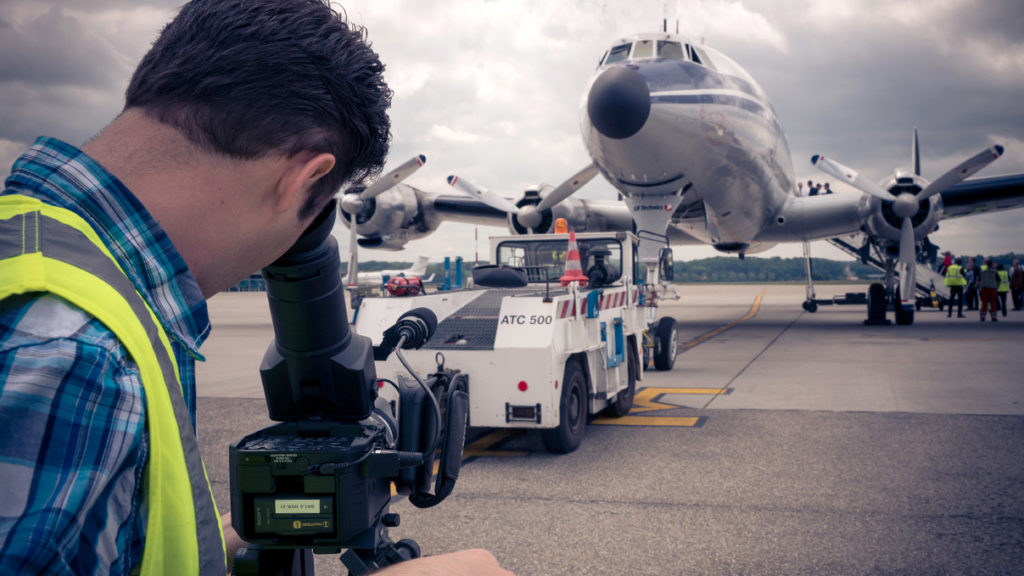 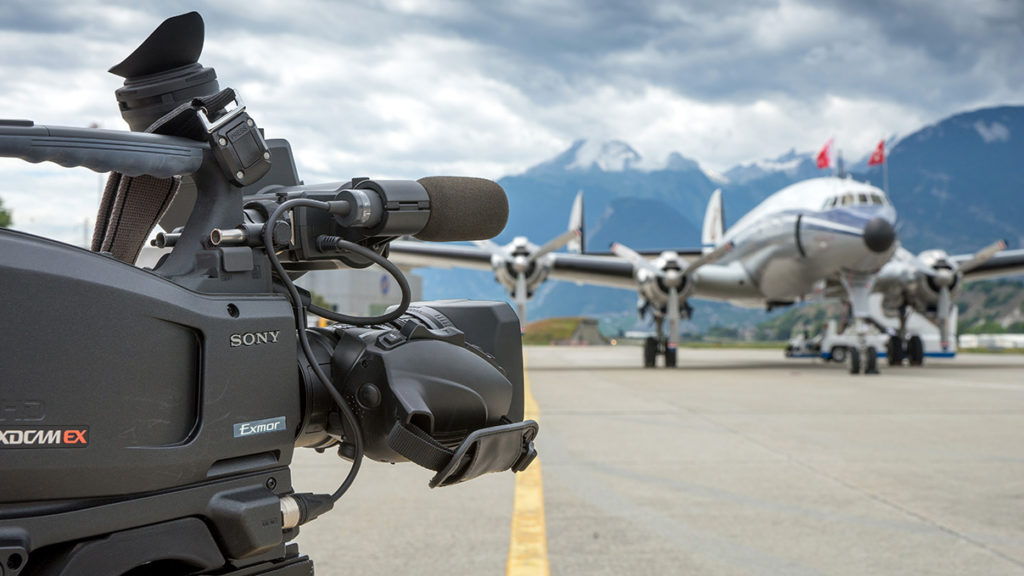 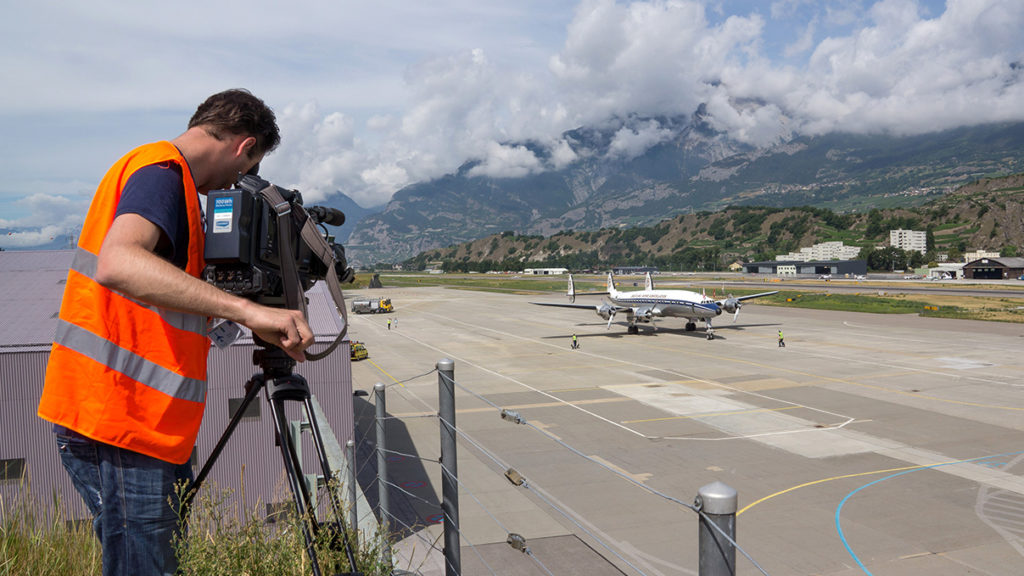 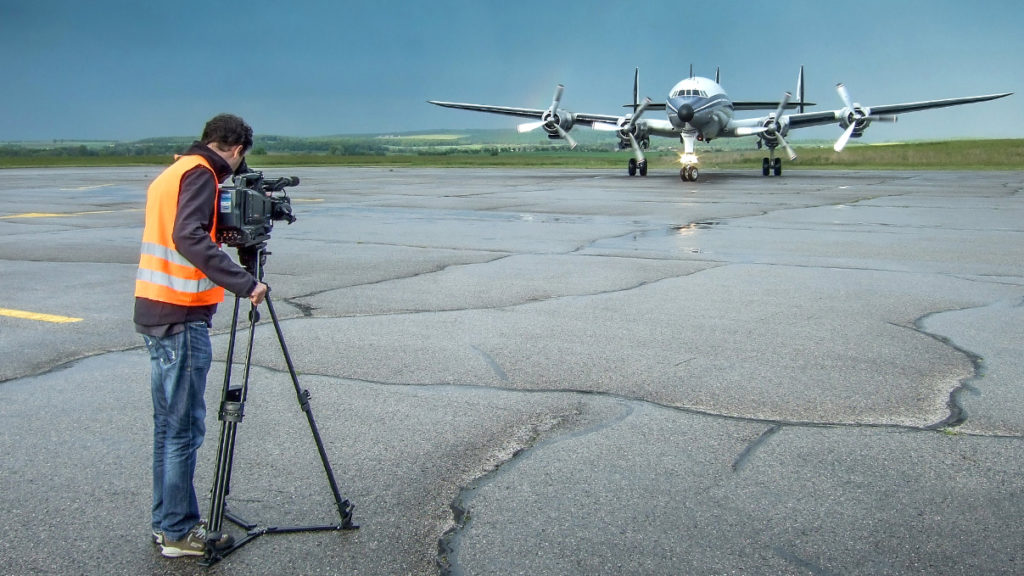 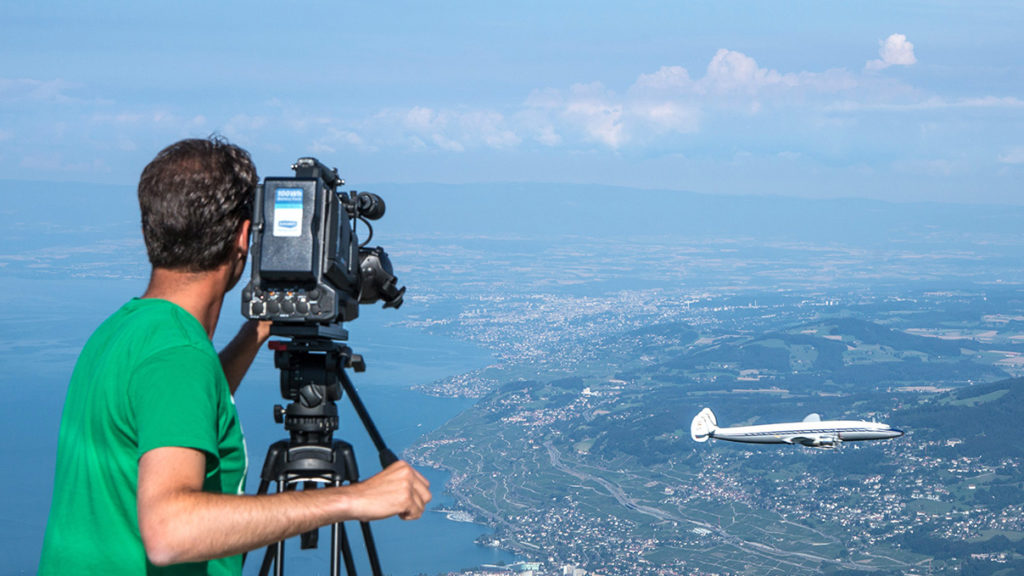 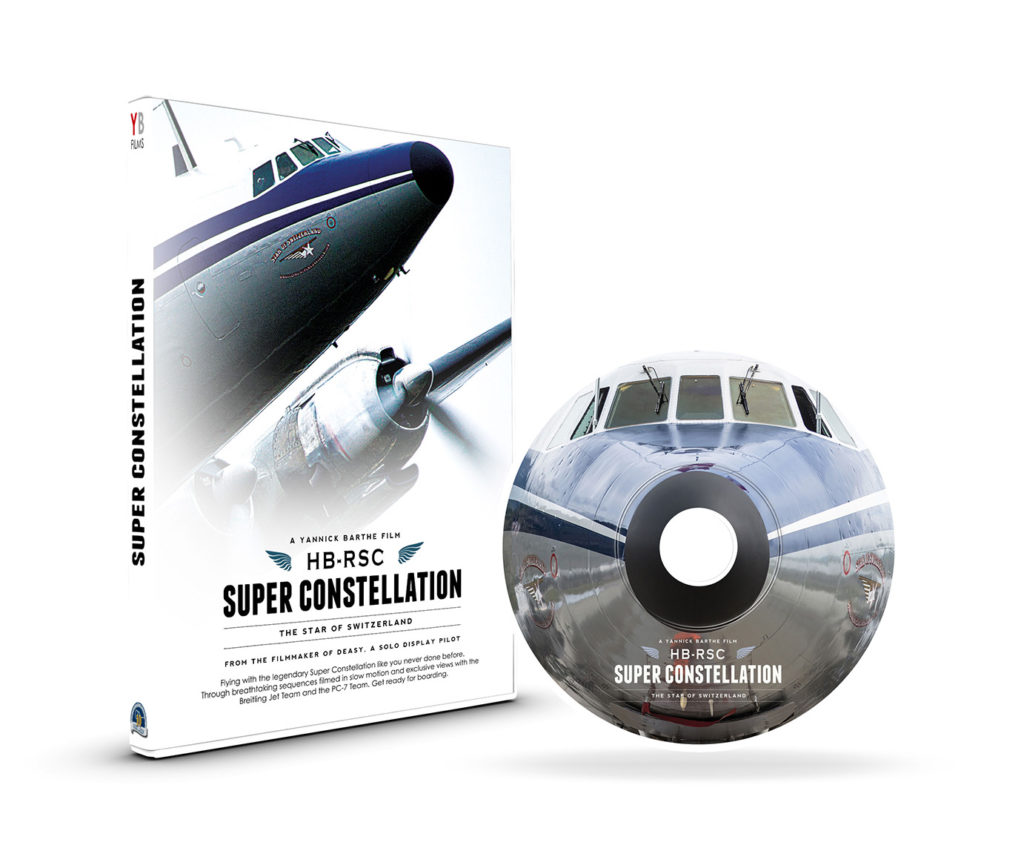 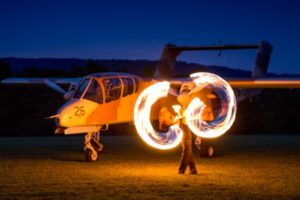 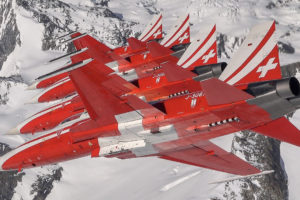 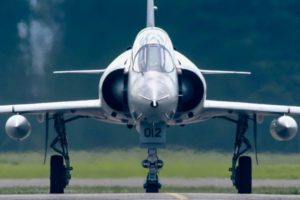